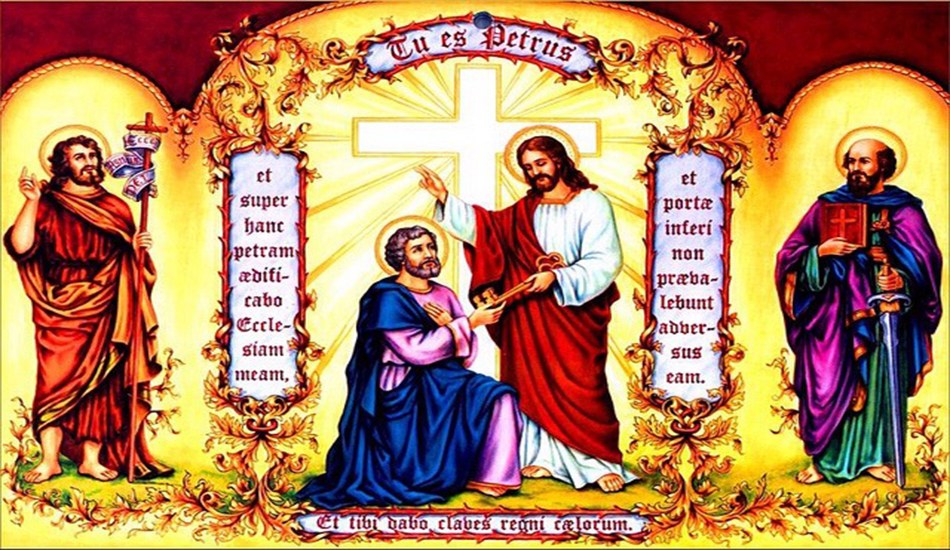 Christian History: Christ established one Church with one set of beliefs (Eph. 4:4–5). He did not establish numerous churches with contradictory beliefs. To see which is the true Church, we must look for the one that has an unbroken historical link to the Church of the New Testament. Catholics are able to show such a link. They trace their leaders, the bishops, back through time, bishop by bishop, all the way to the apostles, and they show that the pope is the lineal successor to Peter, who was the first bishop of Rome. The same thing is true of Catholic beliefs and practices. Take any one you wish, and you can trace it back. This is just what John Henry Newman did in his book An Essay on the Development of Christian Doctrine.

He looked at Christian beliefs through the ages. Starting with the nineteenth century (he was writing in 1844), he worked backward century by century, seeing if Catholic beliefs existing at any particular time could be traced to beliefs existing a century before. Back and back he went, until he got to New Testament times. What he demonstrated is that there is a real continuity of beliefs, that the Catholic Church has existed from day one of Church history, that it is in fact the Church established by Christ.
Newman was not a Catholic when he started the book, but his research convinced him of the truth of the Catholic faith, and as the book was finished he converted. Fundamentalist leaders make no effort to trace their version of Christianity century by century. They claim the Christianity existing in New Testament times was like today’s Protestant Fundamentalism in all essentials.

According to modern Fundamentalists, the original Christian Church was doctrinally the same as today’s Fundamentalist churches. When Emperor Constantine legalized Christianity in A.D. 313, pagans flocked to the Church in hopes of secular preferment, but the Church could not assimilate so many. It soon compromised its principles and became paganized by adopting pagan beliefs and practices. It developed the doctrines with which the Catholic Church is identified today. Simply put, it apostatized and became the Catholic Church. Meanwhile, true Christians (Fundamentalists) did not change their beliefs but were forced to remain in hiding until the Reformation.
The trouble with this history is that there are no historical facts whatsoever to back it up. Distinctively Catholic beliefs—the papacy, priesthood, invocation of saints, sacraments, veneration of Mary, salvation by something besides “faith alone,” purgatory—were evident long before the fourth century, before Constantine. They were believed by Christians before this supposed “paganization” took place. Another difficulty is that there are no historical records—none at all—which imply an underground Fundamentalist church existed from the early fourth century to the Reformation. In those years there were many schisms and heresies, most now vanished, but present-day Fundamentalists cannot find among them their missing Fundamentalist church. There were no groups that believed in all or even most, of the doctrines espoused by the Protestant Reformers (e.g. sola scriptura, salvation by “faith alone,” and an invisible church). No wonder Fundamentalist writers dislike discussing Church history!

Since the Christian Church was to exist historically and be like a city set on a mountain for all to see (Matt. 5:14), it had to be visible and easily identifiable. A church that exists only in the hearts of believers is not visible and is more like the candle hidden under the bushel basket (Matt. 5:15). But any visible church would necessarily be an institutional church that would need an earthly head. It would need an authority to which Christians could turn for the final resolution of doctrinal and disciplinary disputes. Christ appointed Peter and his successors to that position.

Christ designated Peter head of the Church when he said, “And I tell you, you are Peter, and on this rock I will build my Church” (Matt. 16:18). Fundamentalists, desiring to avoid the natural sense of the passage, say “rock” refers not to Peter, but to his profession of faith or to Christ himself. But Peter’s profession of faith is two sentences away and can’t be what is meant. Similarly, the reference can’t be to Christ. The fact that he is elsewhere, by a quite different metaphor, called the cornerstone (Eph. 2:20, 1 Pet. 2:4–8) does not mean Peter was not appointed the earthly foundation. The apostles were also described as foundation stones in a sense (Eph. 2:20, Rev. 21:14), meaning that Christ is not the only person the Bible speaks of as being the Church’s foundation. In one sense the foundation was Christ, in another it was the apostles, and in another it was Peter. In Matthew 16:18 Christ has Peter in mind. He himself would be the Church’s invisible foundation since he was returning to heaven, from where he would invisibly rule the Church. He needed to leave behind a visible authority, one people could locate when searching for religious truth. That visible authority is the papacy.

The Bible
Since the Reformers rejected the papacy, they also rejected the teaching authority of the Church. They looked elsewhere for the rule of faith and thought they found it solely in the Bible. Its interpretation would be left to the individual reader, guided by the Holy Spirit. But reason and experience tell us that the Bible could not have been intended as each man’s private guide to the truth. If individual guidance by the Holy Spirit were a reality, everyone would understand the same thing from the Bible—since God cannot teach error. But Christians have understood contradictory things from Scripture. Fundamentalists even differ among themselves in what they think the Bible says.

The Bible also tells us that private interpretation is not to be the rule for understanding the Bible. Peter declares this to be a matter of prime importance, saying, “First of all you must understand this, that no prophecy of scripture is a matter of one’s own interpretation” (2 Pet. 1:20). Later he warns what can happen if a person ignorantly approaches Scripture on his own or is unstable in clinging to the apostolic teachings he has received. He states of Paul’s letters, “There are some things in them hard to understand, which the ignorant and unstable twist to their own destruction, as they do the other scriptures” (2 Pet. 3:16). Private interpretation and instability in clinging to the doctrines passed down from the apostles can thus result in one twisting the scriptures to one’s own destruction.

The Bible also denies that it is sufficient as the Church’s rule of faith. Paul acknowledges that much Christian teaching is to be found in the tradition which is handed down by word of mouth (1 Cor. 11:2, 2 Tim. 2:2). He instructs us to “stand firm and hold to the traditions which you were taught by us, either by word of mouth or by letter” (2 Thess. 2:15). We are told that the first Christians “devoted themselves to the apostles’ teaching” (Acts 2:42), which was the oral teaching that was given even before the New Testament was written.

Justification
The Reformers saw justification as a mere legal act by which God declares the sinner to be meriting heaven even though he remains in fact unjust and sinful. It is not a real eradication of sin, but a covering or non-imputation. It is not an inner renewal and a real sanctification, only an external application of Christ’s righteousness.

Scripture understands justification differently. It is a true eradication of sin and a true sanctification and renewal of the inner man, for “There is therefore now no condemnation for those who are in Christ Jesus” and “if any one is in Christ, he is a new creation; the old has passed away, behold, the new has come” (Rom. 8:1 and 2 Cor. 5:17). Thus God chose us “to be saved through sanctification by the Spirit and belief in the truth” (2 Thess. 2:13).
Scripture conceives of forgiveness of sins as a real and complete removal of them. The words used are “wipe out,” “blot out,” “take away,” “remove,” and “cleanse” (Ps. 51:2[50:3]; Is. 43:25; Mic. 7:18; John 1:29; Ps. 103 [102]:12). Scripture shows justification as a rebirth, as a generation of the supernatural life in a former sinner (John 3:5; Titus 3:5), as a thorough inner renewal (Eph. 4:23), and as a sanctification (1 Cor. 6:11). The soul itself becomes beautiful and holy. It is not just an ugly soul hidden under a beautiful cloak.

The Sacraments
When on earth, Christ used his humanity as a medium of his power (cf. Mark 5:25–30). He uses sacraments to distribute his grace now (cf. John 6:53–58, 20:21–23; Acts 2:38; Jas. 5:14–15; 1 Peter 3:21). Not mere symbols, sacraments derive their power from him, so they are his very actions. In them he uses material things—water, wine, oil, the laying on of hands—to be avenues of his grace. Although one can receive grace in other ways, a key way is through sacraments instituted by Christ. A sacrament is a visible rite or ceremony which signifies and confers grace. Thus baptism is a visible rite, and the pouring of the water signifies the cleansing of the soul by the grace it bestows. There are six sacraments other than baptism: the Eucharist, penance (also known as reconciliation or confession), the anointing of the sick, confirmation, matrimony, and holy orders.

The Mass
The Old Testament predicted Christ would offer a sacrifice in bread and wine. Melchizedek was a priest and offered sacrifice with those elements (Gen. 14:18), and Christ was to be a priest in the order of Melchizedek (Ps. 110 [109]:4), that is, offering sacrifice under the forms of bread and wine. We must then look for a New Testament sacrifice distinct from that of Calvary, because the crucifixion was not of bread and wine. We find it in the Mass. There, bread and wine become the actual body and blood of Christ, as promised by him (see John 6:53–58) and as instituted at the Last Supper.
The Catholic Church teaches that the sacrifice of the cross was complete and perfect. The Mass is not a new sacrificing of Christ (he doesn’t suffer and die again, cf. Heb. 9:26), but a new offering of the same sacrifice. While what happened on Calvary happened once, its effects continue through the ages. Christ wants his salvific work to be present to each generation of those who come to God “since he always lives to make intercession for them” (Heb. 7:25). He surely has not abandoned us. Through the instrumentality of the priest, he is present again, demonstrating how he accomplished our salvation: “For from the rising of the sun to its setting my name is great among the nations, and in every place incense is offered to my name, and a pure offering; for my name is great among the nations, says the Lord of hosts” (Mal. 1:11).

A Modest Proposal
You have heard any number of people speak against the Catholic Church. Some do it casually, while others have made it their profession. Some are blunt, while others are subtle. They all paint an uninviting picture of a Church that believes in the most peculiar things. But do you really think a seventh of the world population would be Catholic if their religion were as odd as its opponents claim? Isn’t it rather likely that you haven’t been told the whole story? To make an informed decision, you need to hear both sides. Either your suspicions will be confirmed, or you will discover that there is more to Catholicism than you once thought.

(Episode 1) What is Advent? 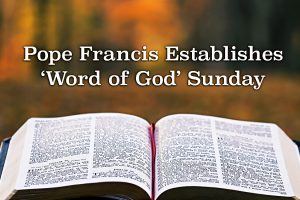 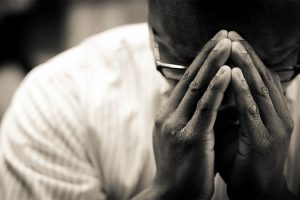 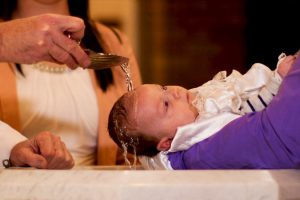 Must Baptism be by Immersion 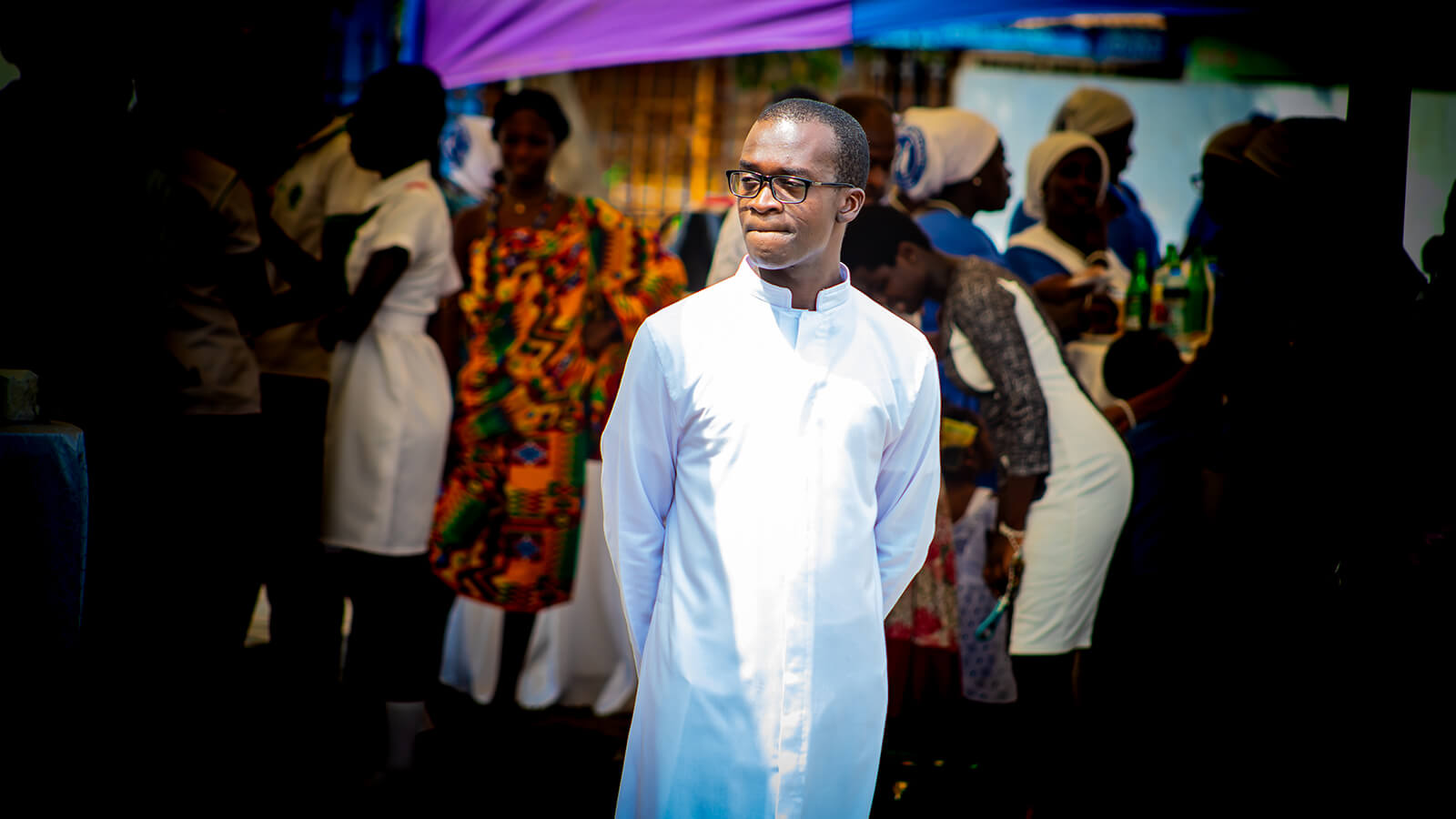